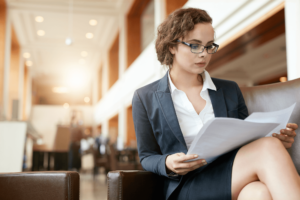 Imagine you’re discussing a business relationship with a third party. It could be related to anything: a prospective joint development, a reseller relationship, an acquisition, a new supplier, a new consultant, a licensing arrangement, or anything else. And further suppose that while you’re discussing this business relationship, someone mentions the need for a non-disclosure agreement, or an NDA. What should you do? Should you sign one?

Well, I propose this approach: never sign an NDA unless you need to. In other words, default to saying, “No, I’m not signing one.” Let’s take a few minutes to discuss why.

What is an NDA?

Why is an NDA important?

An NDA is important because it helps maintain the secrecy of trade secrets and other confidential information that provide a company with a competitive advantage in the marketplace. Once a secret is lost, it can never regain its secret status; worse yet, a competitor can gain free access to the secret.

Keep in mind, building business secrets requires research and development, trial and error, years on the road in front of prospects and clients. In other words, the creation of assets worthy of keeping secret requires a massive investment of time and money. Companies have been destroyed by the loss of their secrets. And because of that, it’s important to be diligent in protecting secrets. Therefore, an NDA should be used with every disclosure of confidential information; the two should be joined together in an unbreakable bond.

Never disclose confidential information unless you must. 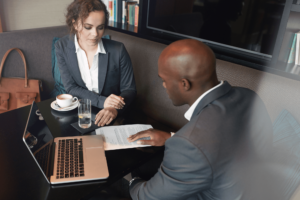 Yes, it’s important to have the right NDA in place before you disclose any confidential information. But, regardless of the non-disclosure agreement in place, you should never disclose confidential information unless you absolutely must do so to achieve your business objectives. Simply, your default should be to not to disclose. Remember, the Achilles heel of secrets is other people. Every time you add another person to the chain of secret bearers, the survival rate of that secret goes exponentially down. It’s an undeniable fact, a law of nature: the more people that know a secret, the greater the chances of it being spread. For this reason, every disclosure of secrets should cause you to pause. Even the perfect NDA does not prevent unlawful disclosures; it simply deters unlawful disclosures. If you enter into an NDA and the other party unlawfully discloses your confidential information, you can sue that other party, but you cannot put your secret back in the bottle. Regardless of the outcome of your lawsuit, your secret, along with any competitive advantages that went hand-in-hand with that secret, will be forever lost.

What are the key terms you should be aware of in connection with your NDA?

When deciding whether to sign an NDA, you need to look at the contract’s terms. Remember that an NDA has a limited life, a very specific purpose, and is typically not transferable to other projects. So, make sure that signing the document in front of you will provide the protection you need based on your goals.

Finally, be sure that your NDA includes the recipient of your confidential material as a party to the agreement. And be sure you understand any requirements about marking disclosures, how to handle oral disclosures, and whether any disclosed information needs to be returned or destroyed later.

Have you carefully reviewed the NDA that’s been presented to you? 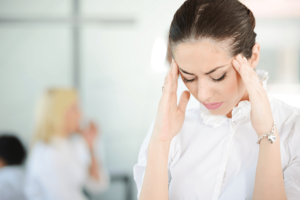 Never simply sign an NDA sent by the other party. If they won’t use your NDA, be sure to have theirs reviewed by counsel before you sign it. Similarly, never casually agree to changes the other party makes to your NDA.

Now, I understand that you want to move the deal along, and the last thing you want is to get delayed by an NDA. So, when they return your NDA with a few small changes, your instinct might be to sign it and move on. But, you need to pause. They reviewed your NDA and felt the need to make a change. Since everyone with any experience knows that every change translates into delays, no one makes meaningless changes to a contract. If they felt their change was important enough to justify breaking the momentum, you should too. Review it with counsel to be safe.

Now, in terms of using their NDA, yes, the other party’s NDA might be perfectly acceptable. But, just the same, it could have terms that protect them and not you. For example, it might be a one-way NDA that only protects their disclosures to you and leaves your disclosures completely unprotected. It might have a confidentiality period that will expire too soon to appropriately protect your trade secrets. It might be poorly drafted.

Does either party actually need to disclose or receive confidential information under and NDA?

Why should you avoid receiving confidential information of the other party if you do not need it? Because an NDA legally binds you and potentially exposes you to a lawsuit for breaching that NDA. Even if you never actually violate the NDA, you could still be sued. Here’s what I mean. Suppose you’re discussing a relationship with a company that is in your industry, and you already have the information they plan to disclose to you as their confidential information under an NDA. Yes, an NDA will typically have language that excludes information developed independently by the parties or lawfully obtained from other sources. But, once you’ve signed the NDA, you subject yourself to being forced to endure the time and expense of proving that in court.

If they insist on having an NDA, and they refuse move forward without an NDA in place, then avoid an overly-broad NDA. Create the narrowest possible parameters for the material to be disclosed and protected under the NDA. This narrow-NDA approach can substantially reduce misunderstandings about who had what information first and who gave what to whom. Equally, this approach will reduce your risk of fighting about it in court.

Should my name be on the dotted line? 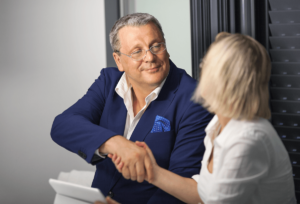 Lastly, let’s talk about signatures. Consider two things before signing any contract. First, do you have the authority to sign?  If not, don’t sign it. But even if you do have the authority, do you want your signature on that document? Remember, if you’re the person who signs the contract, if there turns out to be a problem, the only accountable person is you. Take your signature seriously. Pause. Read the NDA again.  Be sure it protects you in all the right ways before you imprint your reputation on that line.

A non-disclosure agreement is a valuable tool for protecting confidential information that you need to disclose. Even so, no NDA is without risk. Never disclose confidential information unless you have to – even with just the right NDA in place – or you could risk losing valuable business secrets forever. And never agree to receive anyone else’s business secrets under an NDA unless you have to, or you could risk finding yourself mired in expensive, time-consuming litigation, even if you haven’t breached your obligations under the NDA. So, to ensure maximum protection for your secrets, your company, and yourself, never sign an NDA without first getting approval from legal counsel.

Should I Sign This NDA
Icons made by Freepik from www.flaticon.com